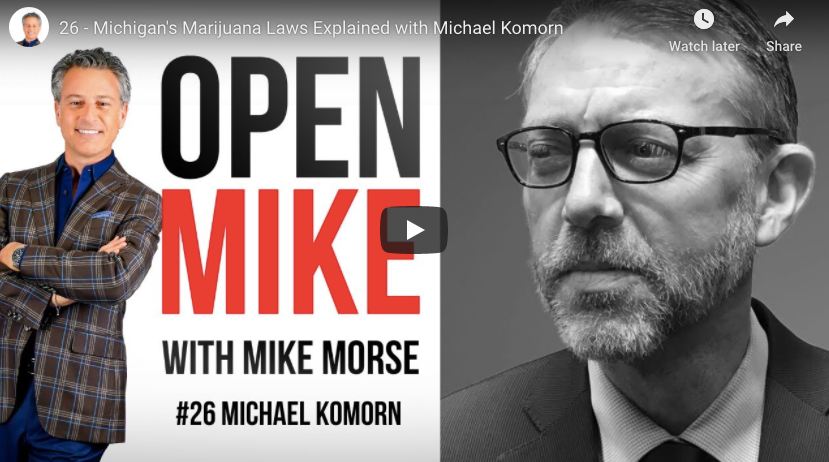 Michael Komorn is a veteran criminal defense and cannabis law attorney and podcaster who’s been at the forefront of the marijuana legalization effort in the United States for years, representing cannabis patients, caregivers, physicians, and business owners both in and out of the courtroom.

He’s supported many landmark pieces of cannabis legislation in Michigan including the Michigan Medical Marijuana Act (MMMA), the Michigan Marijuana Facilities Act (MMFLA), and the Adult Recreational Use Act (MRTMA). In this episode of Open Mike, Michael digs deep into current marijuana laws in Michigan and the current effort to federally legalize marijuana for recreational use in the United States. He and his guest, cannabis activist Richard Clement, reveal why marijuana was originally made illegal in the United States, and the current efforts being made to federally legalize cannabis for recreational use.