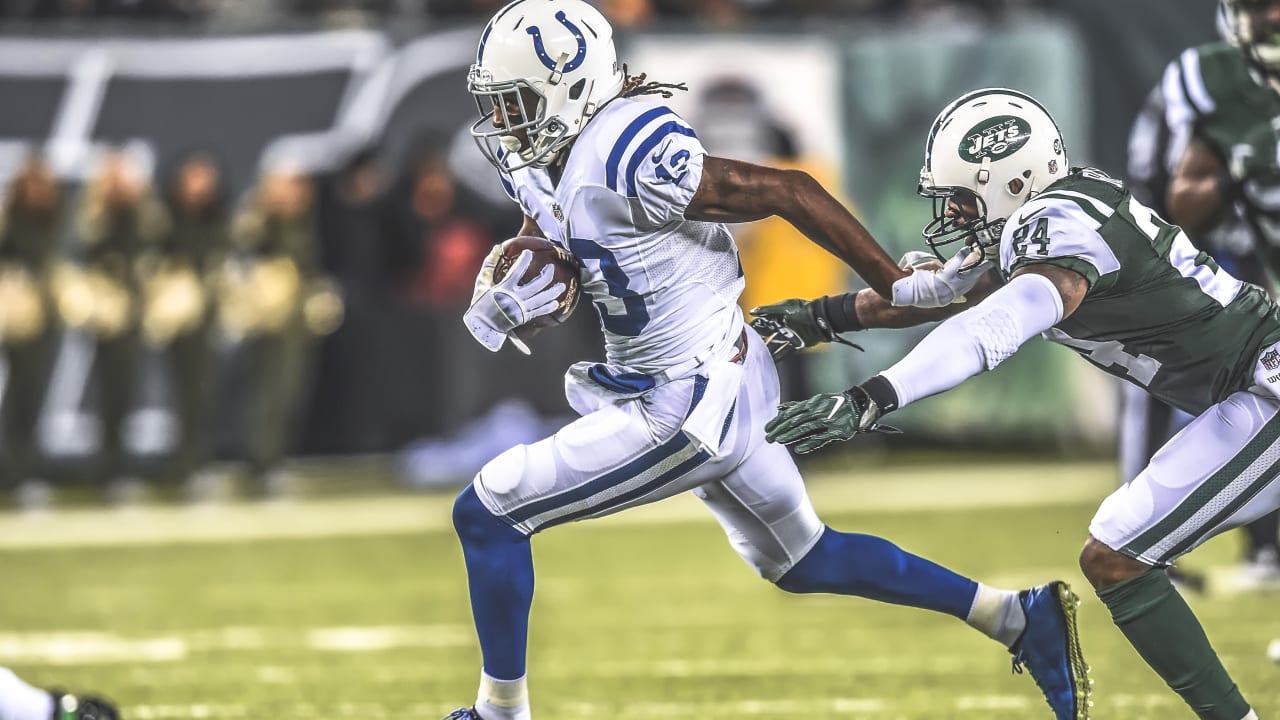 When Grandma gets involved, you know it’s serious business. The veteran Hilton has struggled at a couple crucial junctures the first two weeks of the season — he had a couple big drops as the Colts tried to tie the game on their final drive Week 1 against the Jacksonville Jaguars, and then couldn’t hang on (thanks mostly to the sun) when he broke wide open over the top for a would-be long touchdown pass from Philip Rivers last week against the Minnesota Vikings — and on Monday, Hilton’s grandmother, Pinkie, called from Florida to let him know she could tell he wasn’t being himself of late. Hilton told reporters this week that’s all the motivation he needs and that he’s officially out of his funk. So what does that mean from a fantasy perspective? Start the man! One would imagine Rivers will be targeting Hilton early and often against this injury-deleted Jets secondary, which will feature multiple former Colts players with whom “The Ghost” is plenty familiar. Pittman Jr., meanwhile, is an interesting case on Sunday, as he saw his targets go way up with Campbell out last week (six targets, four receptions, 37 yards), and he could benefit even more this week from added attention to Taylor and Hines in the backfield, opening up those quick-hitter and intermediate routes even more.